Hillary Caprio is always on the lookout for new opportunities and ways to grow, which is how she found herself as the Director of ABM at Snowflake. In this conversation with Hillary, you’ll hear why she believes there’s no such thing as a master and how that mentality makes all the difference.

What does Hillary think it takes to be a B2B Difference Maker? Find out in this episode.

Hillary: It's of my nature to always feel like I'm growing. I tend to see, there's always an opportunity to get better. There's always an opportunity to grow, and as the industry grows, I'll continue to need to grow with it. So I don't believe there are any masters of account based marketing because as Latane I think says, it's just good marketing. So how good are we at being good marketers? And how do we continue to evolve as the needs of all of our consumers evolve?

Hillary: If you think about a kindergartner, you think about their first day of school. They're bright-eyed. They're excited. They're wanting to learn. Everything kind of piques their interest and they're willing to try things because they don't have a fear of failing. I think we all should be kindergarteners and continue to be kindergarteners. Cause as soon as we become jaded, as soon as we become turned off by the idea of trying something because we might fail, then that's where we really get stuck. And that's where we aren't going to succeed.

3. Running Into Walls Pays Off

Hillary: I consider myself a Roomba vacuum cleaner. I just go until I hit a brick wall. And then when I hit it, I just go a different direction until I hit another brick wall. And I just keep going and bouncing off of what I just learned from the epic failure to then try a different direction. And then eventually you pick up enough epic failures where you can start building experience. And, you know, at my point in my career, that's how I've built so far  – by running into walls and then asking for help from mentors. 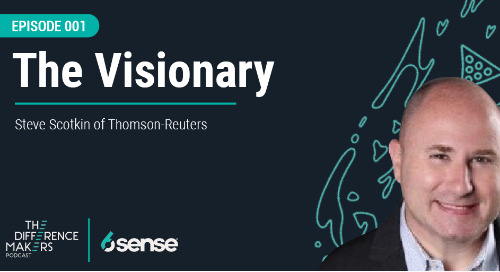 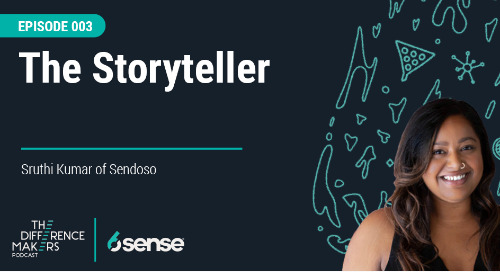 Every now and then you meet someone and immediately feel energized and inspired. That’s exactly how hosts L... 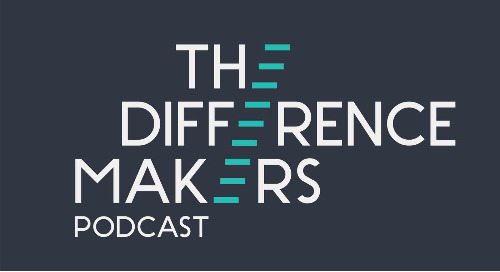 Introducing B2B Difference Makers: Are you one?

An inside look into what it means to be a revenue-driving, campaign-transforming, difference-making B2B marketer today.

Every now and then you meet someone and immediately feel energized and inspired. That’s exactly how hosts Latane Conant and Jeannine Crispino felt when meeting Sruthi Kumar, Senior Marketing Manager.